Also the Tribunal of Treviso confirms that the sub – carrier is entitled to act “for payment of his credit against all those who ordered the transport” (section 7-ter D. Lgs. 286-2005).

The dispute in which the Tribunal issued the Order under comment was brought by a sub – carrier, against the shipper, in order to obtain payment of a credit arising out of a transport service.

The sub – carrier who performed the transport was instructed by a contractual carrier, thus he did not have a contractual relationship with the shipper. 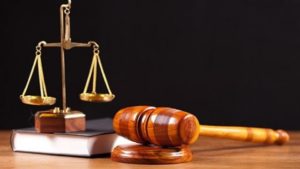 The first carrier, however, was in liquidation and did not pay for the service. The sub – carrier then sued the shipper through summary proceedings (“ricorso per decreto ingiuntivo” under Italian law).

The Tribunal of Treviso, through the Order under comment, stated that the purpose of Section 7-ter is “to set a specific remedy for the sub – carrier, protecting him from the risk of insolvency of the first carrier” and, to this aim, introduces “a joint liability regime between shipper and first carrier in respect of the sub – carrier, who is entitled to act indifferently against every subject above the chain of the transport”.

The Tribunal of Treviso, again, in conscious dissent from a criticized decision of the Tribunal of Turin of 2005, stated that the above mentioned joint liability regime suffers no exception if the first carrier is involved in insolvency proceedings. This on grounds that the action under section 7-ter “is directed against a distinct entity from that who is involved in the insolvency proceedings”.

In the end it is appropriate to inform that section 7-ter of Decree 286-2005 has been recently sent again to the Constitutional Court (by the Tribunal of Pesaro on 24th January 2019) for a further decision concerning the consistency of the rule with Italian Constitution.